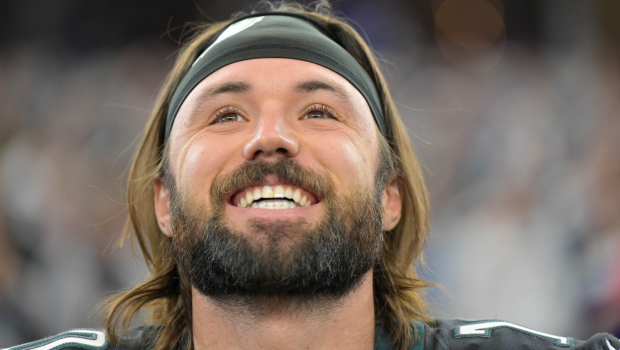 By Max Harper on the Eagles

The Birds can wrap up the top seed in the NFC this Sunday by beating the Saints at the Linc, which will allow them to rest their starters next week against the Giants.

Here’s the NFC playoff outlook, according to USA Today:

One more win clinches the division, a first-round bye and home-field advantage.

Remaining schedule: vs. Saints, vs. Giants

y – 2. Minnesota Vikings (12-3), NFC North champions: If they win out – which must be done on the road against a pair of cold-weather divisional rivals – and Eagles lose out, Vikes will snatch NFC’s No. 1 seed. Remaining schedule: at Packers, at Bears

y – 3. San Francisco 49ers (11-4), NFC West champions: Thanks to their NFC-best 9-2 record in intraconference games, Niners still have a path to No. 1 seed if they win out and no one else in NFC reaches 14 wins. Remaining schedule: at Raiders, vs. Cardinals

4. Tampa Bay Buccaneers (7-8), NFC South leaders: Pretty simple – beat Carolina on Sunday, and Bucs repeat as division champs … ugly as it might be. Lose, and they’re in trouble. Remaining schedule: vs. Panthers, at Falcons

x – 5. Dallas Cowboys (12-4), wild card No. 1: If they win in Week 18 and Eagles drop their final two, America’s Team swoops to NFC East throne. Cowboys also have a road to No. 1 seed if they beat Washington – Philly must obviously lose its last two games – and finish tied atop conference with Minnesota. Remaining schedule: at Commanders

7. Washington Commanders (7-7-1), wild card No. 3: They can lock up a berth this weekend by beating Cleveland if the three teams all a half-game back of Washington (Seattle, Detroit, Green Bay) all lose. Commanders will also advance by winning their last two games. Remaining schedule: vs. Browns, vs. Cowboys