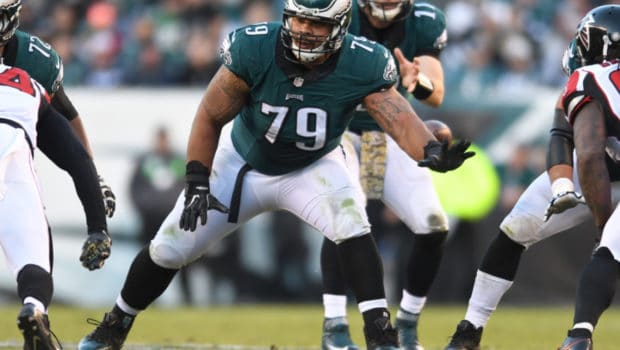 EAGLES WILL BREEZE SUNDAY, DINGS AND ALL!

The Eagles are 10-point faves to beat the Redskins this Sunday at the Linc.

But let’s not forget that some of the Birds are dinged:

Wide receiver DeSean Jackson has been wearing extra protection around his broken left ring finger during practice this week, but he is on target to play against Washington. That the injury is on his non-dominant hand should help make catching the football a bit easier than if it were on the right hand.

Brooks’ backup, Halapoulivaati Vaitai, is waiting in the wings in the event that the team changes course or Brooks needs a breather.