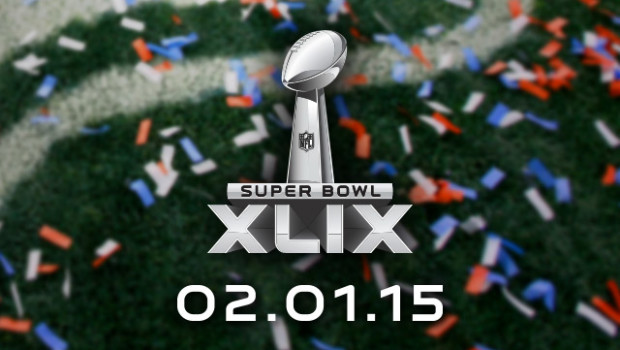 EAGLES WILL BEAT PATRIOTS IN SUPE, MARK ECKEL HAS PREDICTED

When it comes to the Eagles everyone from Trenton to Allentown to Lancaster down to the Delaware beaches is an expert.

But, with the exception of Pro Football Hall of Famer Ray Didinger, the gold standard among media analysts, there is no one who knows more about the Birds than Mark Eckel, columnist for the Times of Trenton.

So, when he wrote last week that the Eagles would win the Super Bowl next February in Arizona, at first I thought it wouldn’t pass the laugh test.

Then I watched the Eagles-Jaguars game last Sunday, and saw that Eckel almost hit the score on the nose!

So, now I am a believer, and here is Eckel’s game-by-game predictions for the 2014 Birds:

Sept. 7 vs. Jacksonville — Remember when everyone wanted Gus Bradley to be the Eagles head coach? By 4:15 or so today, those people will resemble the ones who wanted the Eagles to draft Ricky Williams.

Sept. 15 at Indianapolis — This is the toughest game on the schedule. On the road, Monday night, Colts’ home opener, likely coming off a tough loss in Denver. It just doesn’t add up to an Eagle win. But quarterbacks Andrew Luck and Nick Foles put on a show.

Sept. 21 vs. Washington — Redskins wide receiver DeSean Jackson gets by the Eagles defense for a long touchdown pass in the final minutes to make the score a little more respectable.

Sept. 28 at San Francisco — I think I’m the only person who thinks too much off-the-field turmoil and injuries are going to take a toll on the 49ers this season. Sure, they’re still a good team, but they have had a lot of bad things happen this offseason. It continues this day.

Oct. 5 vs. St. Louis — This is a bad spot for the Eagles. They’re coming off a nice win in San Francisco and have the division rival Giants coming up next. The Rams are coming off a bye and will have two weeks to get ready. I don’t like it.

Oct. 12 vs. Giants — Back in prime time, the Giants pay for the Rams upset from the week prior. LeSean McCoy goes wild in this one.

Oct. 26 at Arizona — Bruce Arians and the Cardinals have had this game circled since the schedule was announced. They still feel they were robbed last year in Philly, which ended up costing them a playoff berth. This day, they get even.

Nov. 2 at Houston — The naysayers are in high gear, as the Eagles face a near must-win in Texas. Houston? There is no problem.

Nov. 10 vs. Carolina — Monday Night Football at the Linc; the Panthers and the Eagles did this two years ago, and it was ugly — for the Eagles. This night, it’s reversed.

Nov. 16 at Green Bay — A short week and a trip to Lambeau, where the Packers are also in revenge mode. If Green Bay has any healthy bodies left — they’ve played one game and lost three offensive linemen, two tight ends and a punt returner so far, the Eagles could be in trouble.

Nov. 23 vs. Tennessee — At 6-4, the Eagles certainly don’t look like world beaters but are still in first place in the NFC East by two games. This is when the roll begins.

Nov. 27 at Dallas — The last time the Eagles went to Dallas on Thanksgiving, they were accused on placing bounties on Cowboys players. After this one, they may be again.

Dec. 14 vs. Dallas — What schedule maker thought it was a good idea to have the Cowboys and Eagles play twice in three weeks? Dallas, still smarting from the Turkey Day Takedown, plays tough but not tough enough.

Dec. 20 at Washington — Last week’s win over Dallas clinched the division, but playoff seeds are on the line — for the Eagles that is, not the Redskins.

Dec. 28 at Giants — Starting quarterback Ryan Nassib throws three touchdown passes, giving the Giants hope for the future, but it isn’t enough as LeSean McCoy breaks his team rushing record with 230 yards, and the Eagles win for the sixth straight week.

Jan. 18 NFC Championship Game vs. Seattle — Seahawks quarterback Russell Wilson suffered an ankle injury the week before in a playoff win over Green Bay but tries to play. Wilson is ineffective, and backup Tarvaris Jackson is worse. Look out Arizona, here come the Eagles. (Collinsworth was right, too).

Feb. 1 Super Bowl 49 at University of Phoenix Stadium — If I’m going to pick the Eagles to get to the Super Bowl, I may as well pick them to win it, right?