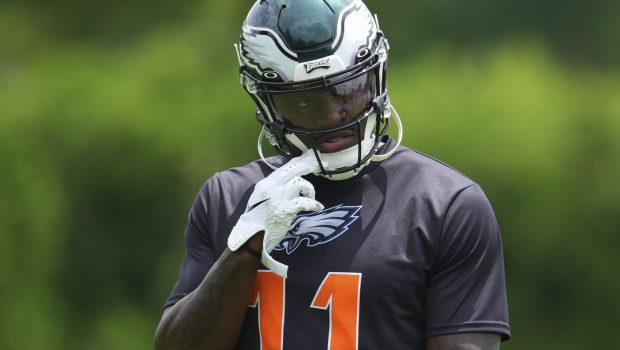 EAGLES WILL BE 3-SEED, LOSE AGAIN TO BUCS IN WILD CARD, KING SAYS!

Peter King of NBC Sports loves the Eagles as a 3-seed in the NFC, but thinks they’ll lose again to the Bucs in the wild card game at the Linc!

1. New Orleans (12-5). Note of the week: Saints have beaten Tom Brady’s Bucs in all four regular-season meetings, and none of the four has been a one-score game.

2. Green Bay (12-5). Minnesota threatens, but Aaron Rodgers figures out how to make Romeo Doubs a factor early, and off they go.

5. Minnesota (11-6). Is this the year Eric Kendricks finally gets credit for being a top-five NFL ‘backer?

6. Tampa Bay (10-7). Just too much noise and too many injuries around this team. Talent, and Brady, makes the Bucs still a factor.

7. San Francisco (10-7)*. We interrupt this endless quarterback story to remind you the other 51 players on this roster are pretty good.