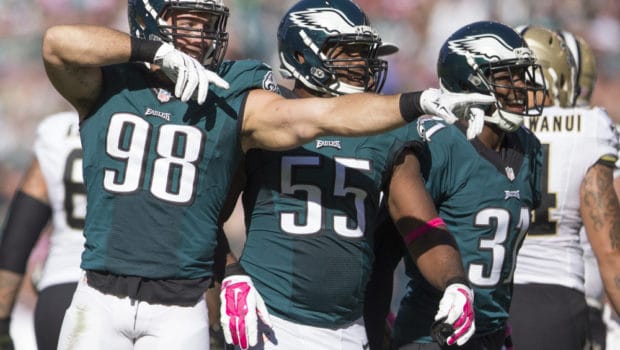 EAGLES WILL BE 5-0, PLAYOFFS-BOUND WHEN THEY PLAY VIKES OCT. 23!

The Eagles are favored to win the NFC East and make the postseason for the first time in three years.

The reasons are very simple:

The Eagles currently lead the NFL in point differential (plus-65) despite having played fewer games than 30 of the 31 other teams. They are the only team in the NFL that ranks in the top-five in DVOA in both sides of the ball. They have looked utterly dominant in their three games.

They’re also the only team in the league that hasn’t really had anything go wrong yet.

But they get the Lions and the Redskins the next two weeks before they get into the meatier part of their schedule (Vikings-Cowboys-Giants-Seahawks-Packers-Bengals might be one of the toughest six-game stretches anyone has all year long), giving them a decent chance at running their record to 5-0 before they’re seriously tested.

Barring injury or major regression (which, while it may come on offense, doesn’t appear likely to on defense given the talent on hand and the fact the Jim Schwartz is running the show), they currently seem like the best bet of this group to be playing in the postseason. 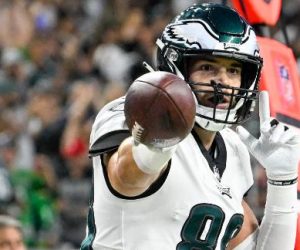