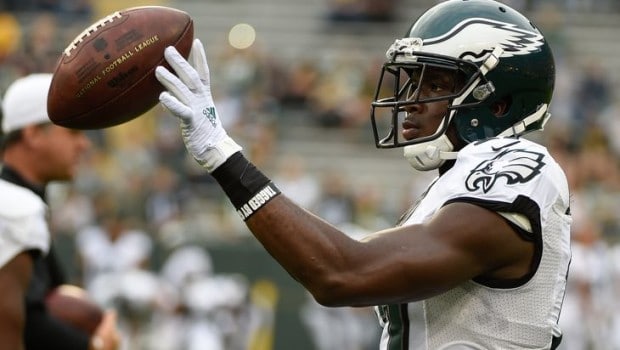 The Eagles resumed drills today with their first mandatory mini-camp

Nelson Agholor is thriving so far during the team’s OTA’s. There’s no pads on obviously, but Agholor has been looking more comfortable in Doug Pederson’s system.

In fact, many writers say he’s been “turning heads.”

He talked to reporters assuring them he’s putting his disappointing rookie season behind him. He’s been smiling ear to ear over the new west coast system. His last season at USC (104 receptions, 1,313 receiving yards, averaging 12.6 yards a catch, and 12 touchdowns) was in a pro-system. Steve Sarkisian ran west coast offensive concepts in his offense. Agholor should be familiar with this West Coast system.