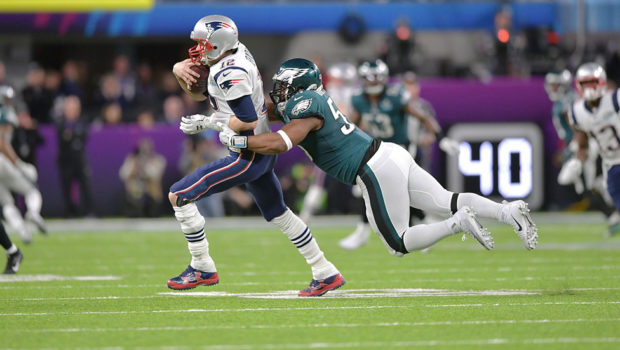 The Eagles had the No. 5 defense last season, and the unit played a big part in their first-ever Super Bowl title. And that defense got better when they landed Seahawks defensive end Mixhael Bennett a trade.

The specifics of the deal are important; the Eagles reportedly got Bennett and a seventh-round pick while the Seahawks received a fifth-rounder and wide receiver Marcus Johnson. But according to NFL.com’s Ian Rapoport, the Patriots (who, incidentally, cut Bennett’s brother, Martellus, on Wednesday) made a late push to land the defensive end.