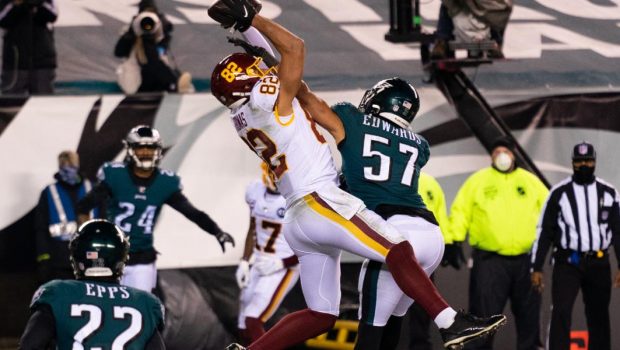 ESPN is reporting that WFT tight end Logan Thomas is expected to have surgery on his torn ACL and will miss next Sunday’s showdown against the Eagles at the Linc.

Washington initially feared that Thomas had torn the ACL and MCL in his left knee in a Dec. 5 game vs. the Las Vegas Raiders.

However, more tests the following week revealed knee damage — but not to his ACL.

Thomas had signed a three-year extension worth up to $24.065 million in August. He caught a career-high 72 passes for 670 yards and six touchdowns in 2020 and became one of the NFL’s best red zone targets at tight end. This season, Thomas was limited to six games — he missed five games with a hamstring injury — and caught 18 passes, three for touchdowns, and 196 yards.

Ricky Seals-Jones took over as the No. 1 tight end with Thomas out. Seals-Jones has caught 24 passes for 238 yards and two touchdowns in 10 games.