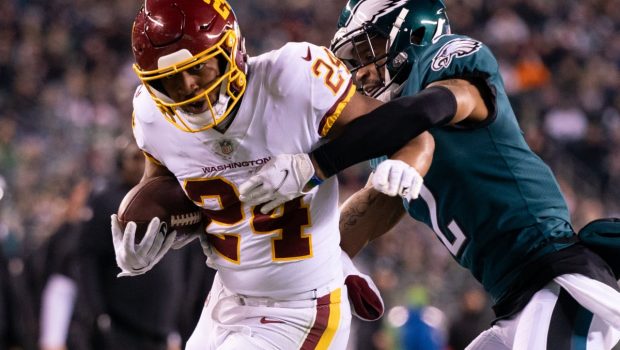 EAGLES-WFT SHOULD’VE BEEN FOR PLAYOFFS: NOW, NOT SO MUCH!

In this topsy-turvy year ion the NFL, when upsets are happening at a scale not seen in decades, no team has had a wilder ride than the Washington Football Team, who host the Eagles this Sunday on what should have been a showdown game for the Wild Card.

But WFT has fallen to 6-9, while the Eagles are 8-7 and on the verge of locking down a playoff spot.

As Inside Hook writes:

In five days, Washington went from controlling their playoff destiny to having a snowball’s chance in hell of qualifying to the postseason and surrendered 1,016 yards while giving up a combined 83 points to Philadelphia and Dallas in the process.