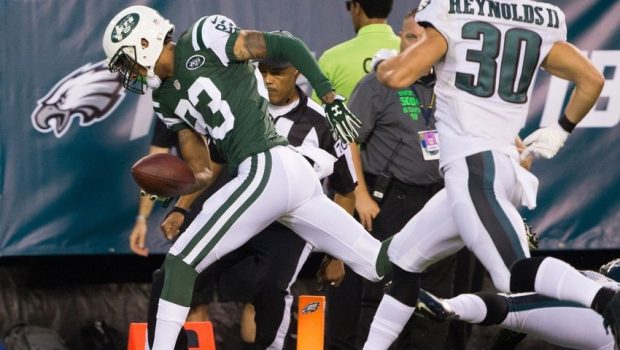 EAGLES WERE SNIFFING ROBBY ANDERSON AS WELL AS GOLDEN TATE!

The Eagles scored big last week when they traded for wide receiver Golden Tate at the Tuesday deadline.

But, according to ESPN’s Chris Mortensen, they also had their eye on the Jets’ Robby Anderson.

Mortensen reported yesterday that the Eagles called the Jets about the wideout before they swung a trade with the Lions for Tate, for whom they sent a third-round pick to Detroit.

Anderson is set for restricted free agency after this season while Tate is in the final year of his contract. Anderson also makes far less than Tate this season.