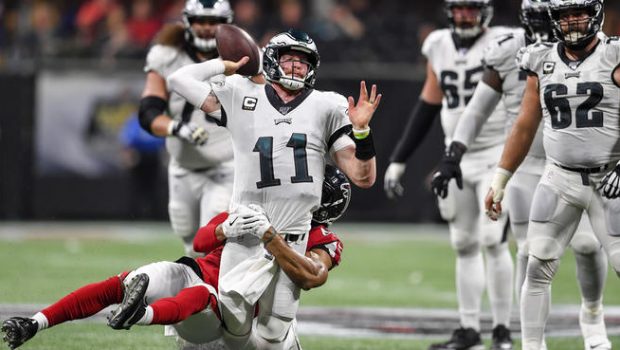 EAGLES WERE A LOSER SUNDAY NIGHT — ALONG WITH TV RATINGS!

The Eagles-Falcons game on NBC was easily the night’s top primetime show with a 12.2 rating and 22 share in metered-market households.

However, that represents roughly an 18% dip on the 14.8 rating posted by the lopsided showdown between Tom Brady and Ben Roethlisberger last Sunday.

The Eagles-Falcons game was also down 12% from the second “SNF” outing of last season, which saw the Dallas Cowboys emerge victorious over the New York Jets. The total viewership for last night’s game will be available later today.