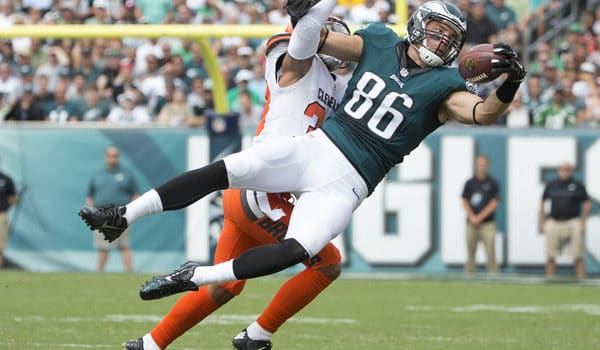 The dust is still settling in Philly after the Eagles’ impressive 29-10 victory over the Browns on Sunday.

And now comes the reckoning:

Tight end Zach Ertz was an important part of the win, but Ertz had a displaced rib for much of the game.

“Happened in the first quarter on their sideline,” Eagles head coach Doug Pederson said. …”We knew when he came off, right away, (Eagles head athletic trainer Chris) Peduzzi said he’s got a left shoulder strain … but as the game wore on, I didn’t know anything was more serious than that.”