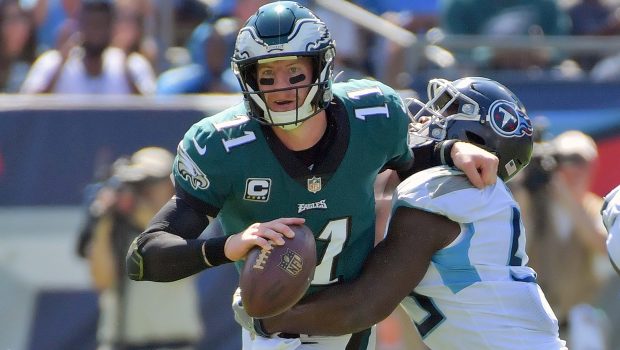 One of the key plays in the Titans’ comeback win over the Eagles on Sunday was a strip-sack of Eagles quarterback Carson Wentz, but the former head of NFL officiating Dean Blandino says that play should have been called back because of a blow to Wentz’s head.

With the Eagles leading 17-10 in the fourth quarter, Titans rookie Harold Landry hit Wentz as Wentz was trying to pass, knocking the ball loose. The Titans recovered the fumble. But Blandino says Landry’s hit was to Wentz’s helmet and should have been a penalty.

“Yes that’s a foul,” Blandino wrote on Twitter. “Forcible contact to the head while QB is in passing posture.”