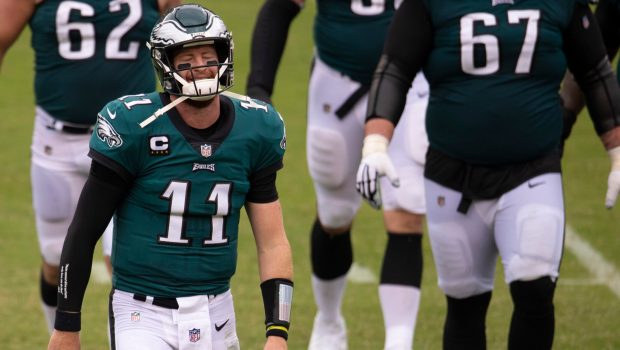 Says Sheil Kapadia of The Athletic:

Let’s start with the big picture. How does his overall performance in 2020 compare with past seasons?

There’s no perfect quarterback metric, but if we look at where Wentz ranks in several of the more useful metrics, we can get a general sense of how his performance stacks up.

So what have been the biggest differences in his play from 2017?

There’s the obvious and the less obvious. Let’s start with the latter: He’s reacting poorly to pressure.