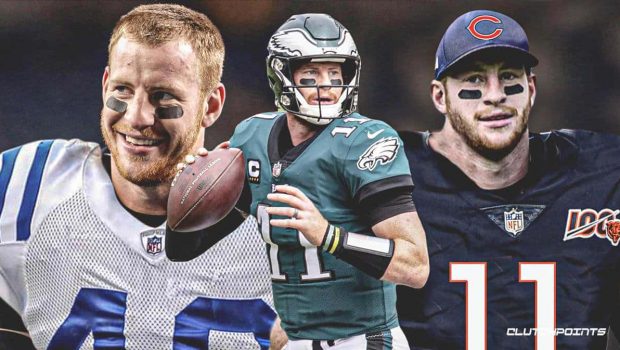 The Carson Wentz trade melodrama has dragged on for over a week, but that really shouldn’t be surprising after it was reported that the Eagles were seeking two-first-round picks in return for their former No. 2 overall selection.

Good luck with that!

The Indy Colts reportedly offered two second-round picks last week, and who knows if that’s even true or still on the table.

The Colts and Chicago Bears have been the only two teams mentioned by name that have made inquiries about Wentz, though there could be other organizations lurking in the shadows waiting to see if negotiations fall through or if the Eagles reconsider their initial evaluation.

While it's been quiet, Eagles and Colts have continued trade talks for Carson Wentz. One important aspect of this, I'm told, is Indy hasn't significantly changed its offer from where it started more than a week ago. For the most part, Colts aren't budging.

Carson Wentz should 100% prefer Indy. Career hangs in balance after a terrible 2020.

Bears' staff has shown no ability to find answers on offense, HC/GM fighting for their jobs.

What Eagles get back is irrelevant if you're Wentz.