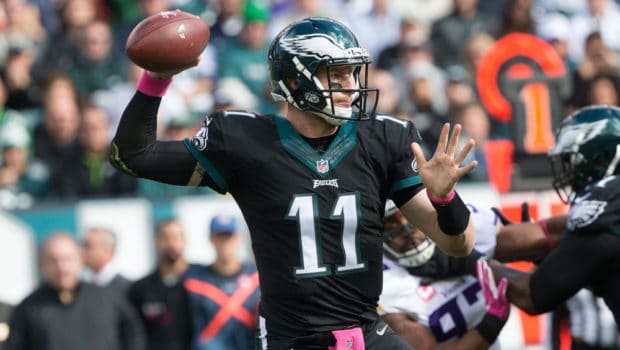 EAGLES’ CARSON WENTZ’ ONE BIG FLAW EXPOSED: IT’S HIS FEET, NOT HIS ARM!

Wentz has been everything the Eagles could have wished for when they traded up to take him No. 2 overall in the 2016 NFL draft. But after a near-perfect start to the season, Wentz played two poor games in a row.

The easy explanation for his little slump is defensive coordinators getting more film on him and the Eagles offense, which has definitely contributed. But the bigger issue has been a problem for the Eagles rookie since his days at North Dakota State: Bad footwork: