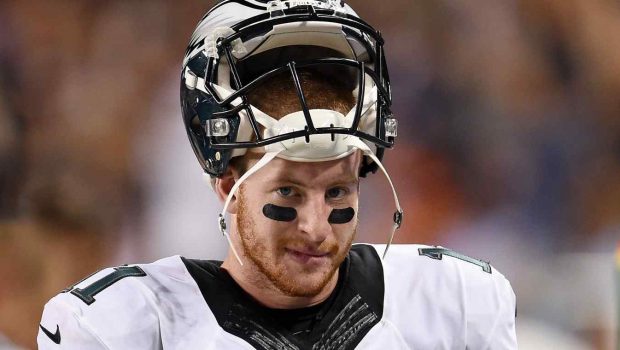 Woody, who retired from the NFL in 2011, is a frequent contributor to ESPN’s “First Take” show where he provides somewhat controversial hot takes.

On Wednesday, the 12-year NFL veteran gave a scathingly honest opinion on Wentz’s performance through eight weeks in 2020.

Wentz is no better than Jameis Winston and he might be worse. And it’s not a totally unfair comparison.

“Carson Wentz is not a good quarterback,” Woody told co-host Mike Greenberg. “You know, when you think about the Philadelphia, and I’m putting that lightly, he looks like a scrub out there. And that shouldn’t be what Carson Wentz is all about because he’s too talented of a player to be playing the way he’s playing.”