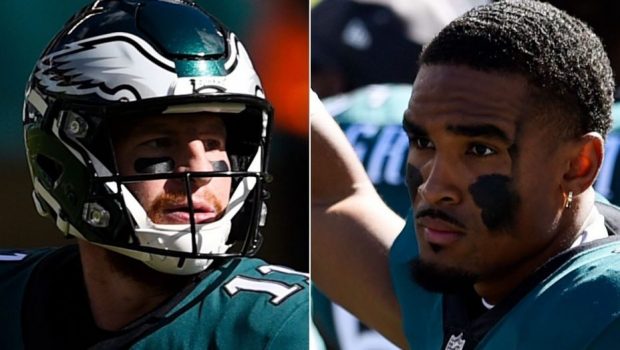 The Eagles 2020 season from hell grinds on with another loss to the Baltimore Ravens, one of the NFL’s best, 30-28!

Wentz and the Birds battled back from a 17-0 first-half deficit, but it’s tough to beat any NFL team when you get 0 points in the first 30 minutes. And there they were at the end, coming up short on a 2-point conversion try.

Beating up on QB Carson Wentz has been a theme these days, in Philly and around the league.

Given, Wentz has been without key offensive lineman, wide receivers for most of the six games played so far, so he gets a bit of a pass. Also factual is Wentz’s win-loss record the last 33 starts:

That would be 15-17-1, hardly stellar going back three seasons, when he had adequate weapons and linemen.

As former Giants coach Bill Parcells liked saying, “You are what your record says you are”, so what’s the problem?

Coupled with the injury issues, it becomes clearer why QB Jalen Hurts was selected with a high draft pick in the NFL draft last April.

Amazingly the Birds can turn it around in the horsemeat NFC East, the awful New York Giants come to LFF this Thursday, October 22nd, 8:20pm/Fox/NFL Network/Amazon 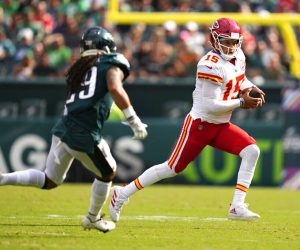 SUPER COINCIDENCE? EAGLES AND CHIEFS HAVE EACH SCORED 546 POINTS!