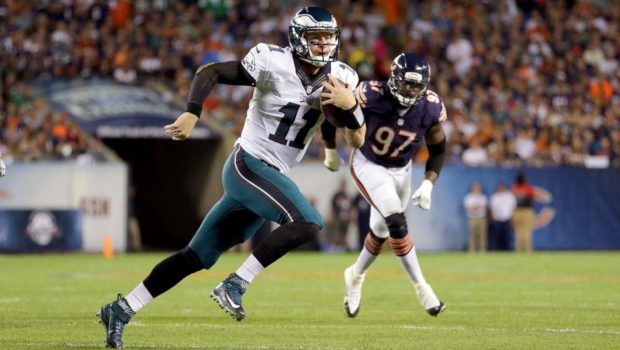 EAGLES’ WENTZ HAS DAZZLED ON THE FIELD, NOT IN FANTASY!

In fantasy, not so much!

Wentz has impressed during his first two NFL games, but it hasn’t translated to much fantasy production.

Wentz was fantasy’s No. 11 scoring quarterback against Cleveland’s horrific defense in Week 1, and ranked 24th at Chicago in Week 2. Wentz has been efficient and effective through the air but has added only 11 yards on eight rushing attempts.

For the time being, the rookie should be viewed as a back-end QB2, but, if he starts running the ball more often, he has the upside to jump into the QB1 conversation.