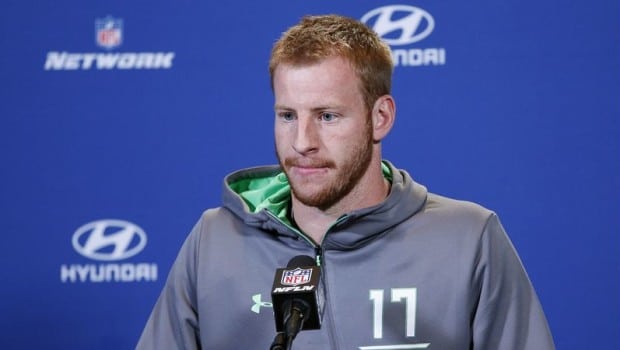 Reflecting on his career aspirations after being selected by the Philadelphia Eagles in the first round of the 2016 NFL Draft, rookie quarterback Carson Wentz admitted to reporters Tuesday that he is simply hoping to skip to the part where he is a respected veteran backup. “Frankly, I’d love to fast-forward to when I’m viewed as an experienced, reliable game manager who could run the offense if the team’s starter goes down,” said Wentz, adding that, after likely spending the next five to eight years bouncing around at least three different organizations, he is looking forward to being praised by commentators as a consummate professional who provides input to coaches and teammates from the sidelines.