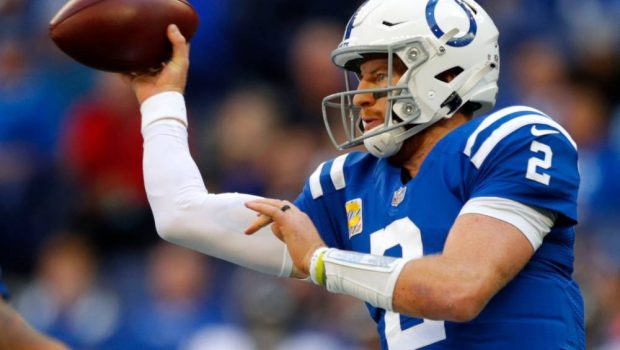 EAGLES WENTZ-FOR-A-1 A DONE DEAL — PICK IS DROPPING LIKE A ROCK!

5-for-12 passing for 47 yards with a touchdown and interception.

Yet by playing the entire game, Wentz guarantees that he’ll play at least 75% of the Colts’ offensive snaps this season, thus turning the second-round pick the Colts were giving the Eagles from their trade last February into a first-round pick.

Unfortunately for Roseman and the #Eagles, that pick has been dropping like a rock since early in the season when it looked like it was going to nestle in the low teens. Now in the 20s. And they're a #Dolphins win over the #Jets from being out of the top 10 with all three. https://t.co/FwiUtJeh3o