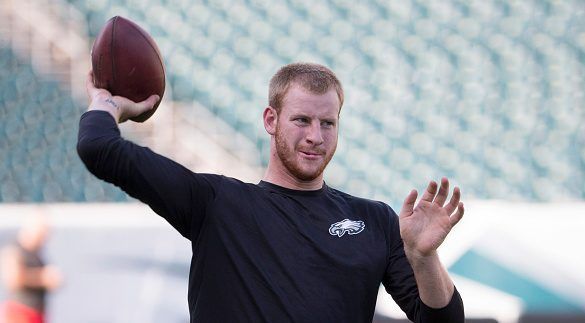 Eagles quarterback Carson Wentz was back at practice yesterday, a day after being limited with a back injury.