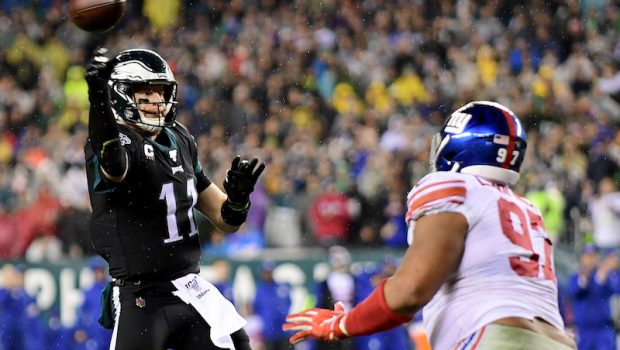 EAGLES WENTZ MAKES $18.6M A YEAR: WAS LAST NIGHT’S PERFORMANCE WORTH IT?

Quarterback Carson Wentz makes $18.6 million in 2020, making him the second-highest paid player on the roster, topped only by star defensive tackle Fletcher Cox, who leads the team with $23.8 million.

Scroll through the gallery above to see which players are set to receive the biggest paychecks this season.

All salary data courtesy of Spotrac.com.