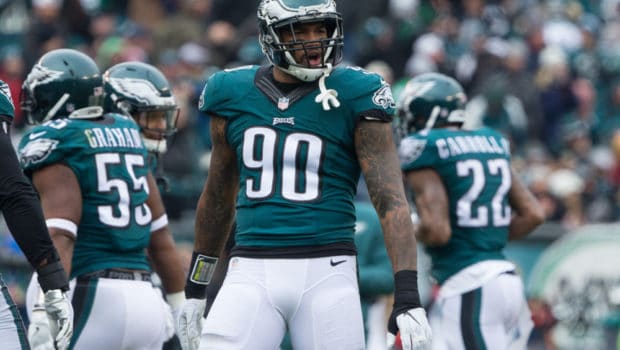 The Eagles waived defensive end Marcus Smith and signed linebacker Steven Daniels. Smith was the Eagles’ first-round pick in 2014, drafted to play outside linebacker in the 3-4 front and made the transition to 4-3 defensive end in 2016. He played in 37 games in his three seasons with the team and recorded just four sacks. Daniels was with the team briefly in the spring. The Eagles claimed Daniels off waivers from Washington in May before being waived on June 1.