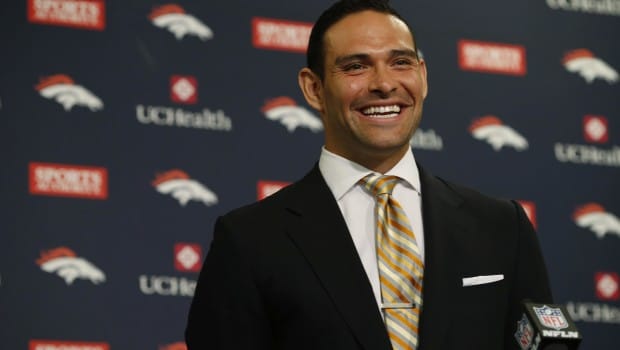 Mark Sanchez arrived in the NFL as a top-ranked prospect for the New York Jets, endured injury and ineffectiveness, then rebounded in a complementary role for the Eagles.

The idea of playing quarterback for the Denver Broncos can be daunting, but Sanchez believes his resume leaves him prepared to compete.

“Everything I have I am pouring into this thing. This is a great opportunity,” Sanchez said today. “When I was told by (Eagles president of football operations) Howie Roseman I was going to Denver. I was like, ‘Denver, Colorado?’ I couldn’t believe it. I was ecstatic.”

Sanchez, 29, provides experience, a first step in the Broncos’ quarterback picture. They are considering multiple options, including trades for Colin Kaepernick and Brian Hoyer, free agent Ryan Fitzpatrick and the draft.

“Let’s go. Let’s compete. Taking a call from John Elway was pretty special. I had a picture of him in my room growing up. Once that wore off, I realized what an opportunity this is here,” Sanchez said. “I am not married. I don’t have kids. I want to play football and win.” 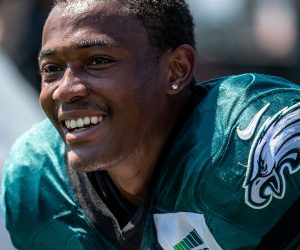