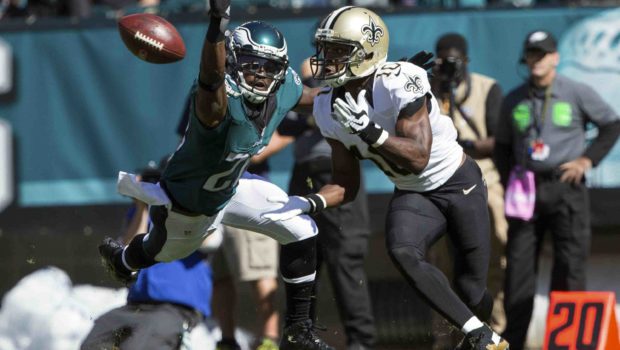 The Eagles have their eye on Saints wide receiver, but other teams do too.

Josh Katzenstein of the New Orleans Times-Picayune reports that the Patriots have offered the 32nd selection for Cooks, and that the Saints declined.

The Eagles and Titans also are reportedly interested in Cooks. They hold picks No. 14 and 18, respectively, in round one. Coincidentally, Cooks is now represented by Bruce and Ryan Tollner. They also represent Eagles quarterback Carson Wentz and Titans quarterback Marcus Mariota.

Cooks, a first-round pick in 2014, has one year left on his rookie deal along with the fifth-year option, which must be exercised by May 3. Reports that Cooks is frustrated in the New Orleans offense surfaced in December.

The Saints have a history of moving on from talented skill-position players, including tight end Jimmy Graham, receiver Kenny Stills, and running backs Reggie Bush and Darren Sproles.