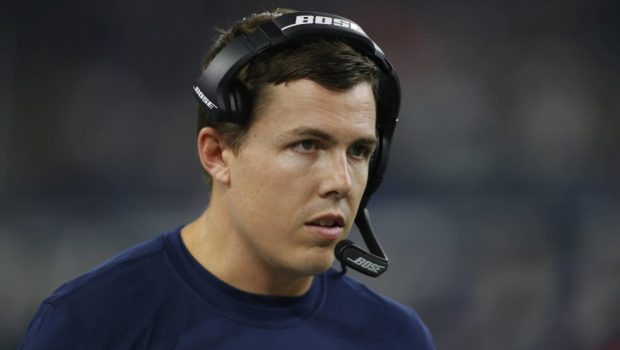 In a move that may further piss off Eagles Nation, which is red hot over their 4-11-1 record in 2020 and the firing of coach Doug Pederson but not GM Howie Roseman, the Eagles have reportedly requested to interview Cowboys’ offensive coordinator Kellen Moore.

Moore is 32 and considered one of the NFL’s up-and-coming offensive minds.

But this is the first time he’s been directly connected to a head-coaching position.

Are the Eagles serious about considering someone from the hated Cowboys or are they just trying to get under Dallas owner Jerry Jones’ skin.

Moore signed a three-year extension with the Cowboys following the 2020 season and some believe he is next in line to coach the Cowboys after Mike McCarthy. After signing the new contract, Moore spoke about his love for the Cowboys’ franchise.

“We are building something special here in Dallas,” Moore said. “I’m thankful to the Jones family and Mike McCarthy for providing me with the opportunity to coach these special players. I am excited for us to put it all together and finish the job.”

As for the Eagles, whether or not they are serious about Moore, they remain perhaps the most chaotic of any of the head coaching vacancies, thanks to an aging roster, limited cap flexibility, and a mess of a quarterback situation.