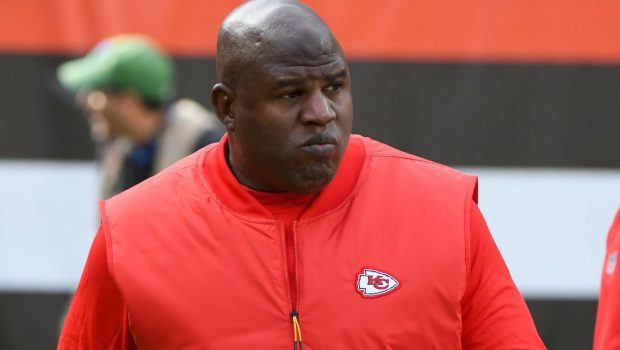 EAGLES WANT TO TALK TO ERIC BIENIEMY — A LONG SHOT AT BEST!

The Chiefs’ offensive coordinator is the most highly sought-after head coach prospect in the NFL, and lots of other teams have far less challenging futures than the chaotic Birds, who have a weak owner, feckless GM, massive cap deficit and a fraught quarterback situation.

The @NFLGameDay Notebook with @MikeGarafolo & @TomPelissero: The #Falcons hired Arthur Smith & may hire DC Dean Pees; the #Lions are zeroing in on #Saints AHC Dan Campbell as their coach; Insight into the #Eagles search, with two new candidates; Who will the #Seahawks hire as OC? pic.twitter.com/Xyf6OEJcF6

Also, the Chiefs may be playing until the first week of February in the Super Bowl, and the Eagles have a pressing need to name a coach and get going on 2021 a lot sooner than that!

Just mentioned on @nflnetwork the #Eagles have requested permission to interview Chiefs OC Eric Bieniemy for their vacant head-coaching job, sources say. TBD when the interview will occur because KC is alive.