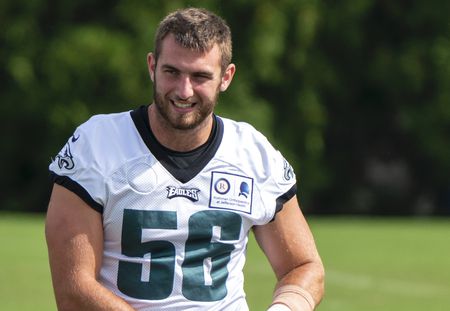 The Eagles drafted defensive end Casey Toohill in the seventh round in April.

They waived him Tuesday.

And yesterday the Washington Football Team claimed him.

Toohill had been inactive for four of the first five games of the season. He played 22 snaps in the Week 2 loss to the Rams and did not record a statistic.

The Eagles made Toohill their 10th and final selection of the draft with the No. 233 overall pick. Toohill, 24, was on the older side of most rookies, but the former Stanford standout tested as one of the most athletic pass rushers in the draft, and he seemed like a solid developmental pick. Maybe the Eagles could hit on a seventh-round lottery ticket.

Toohill was waived along with defensive back Grayland Arnold to clear two roster spots. One of those slots went to offensive lineman Brett Toth. The other seems like it will go to defensive end Vinny Curry or safety Will Parks, who are practicing this week while the team decides whether to activate them from injured reserve.