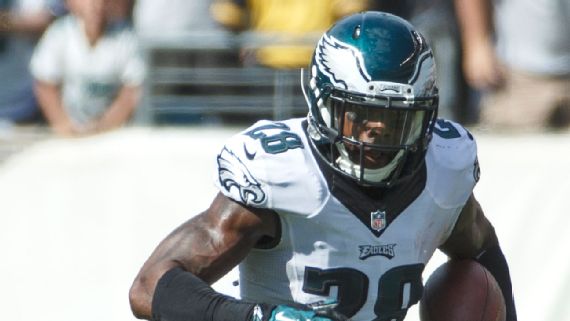 Earl Wolff’s mystery tour as an Eagle safety is over.

The Eagles waived their 2013 fifth-round draft pick Friday, ending the safety’s attempt to return to the field after knee surgery late in the 2014 season.

If Wolff is claimed by another team, his contract shifts to that team. If Wolff is not claimed — a distinct possibility given his inability to practice this summer — he would go on the Eagles’ injured reserve list.

On his Twitter account, Wolff said he had “successful” surgery Thursday. He also thanked the Eagles for “giving me an opportunity.”

Wolff missed the last couple of days of practice at the NovaCare complex. Coach Chip Kelly said Wolff had gone to visit a doctor, presumably Dr. James Andrews, who did the procedure on Wolff’s knee last November.

Kelly was asked Thursday about the reasoning behind waiving injured players, which comes with the risk of losing them in order to free up a roster spot.

“I think that’s the hard part,” Kelly said before Wolff’s being waived was known. “There’s that part of how much you care about the individual player, and it’s tough. But you still have to move on. We still have to be able to find eight or nine DBs that are ready to play when we go play the Atlanta Falcons. I hope Earl is healthy and is in that mix, but you never know. “

Wolff started six games as a rookie in 2013. He intercepted a Tony Romo pass in his first home start against Dallas. Wolff hurt his knee during the Eagles’ victory in Green Bay and missed the next four games. He tried to return for the game against Chicago, but was inactive the next week.

Wolff was to have competed with Walter Thurmond for the starting safety job vacated by Nate Allen. That competition never really developed, however, because of Wolff’s knee problems. Thurmond is likely to start at safety, with Ed Reynolds, E.J. Biggers, Chris Prosinski, Chris Maragos and Jerome Couplin competing for backup roles.