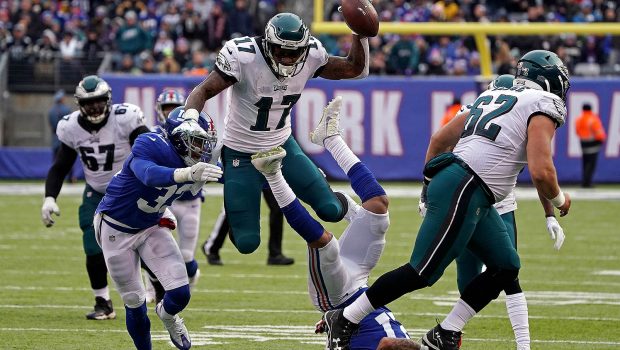 EAGLES VS. GIANTS, SO ONE HAS TO WIN, LIFTING THE 5-WIN NFC EAST!

After the Arizona Cardinals blasted the Dallas Cowboys on “Monday Night Football,” the NFC East doubled down on its description as the worst division in the NFL, possibly in league history, at 5-18-1.

Here are the standings:

One of these teams is going to win the division and earn a playoff spot.

The division collectively has been outscored by 184 points in six weeks.

There are six individual teams that have as many victories as the entire NFC East.

Remember, the Washington victory came against Philly and the Giants’ victory came over the WFT, 20-19, in Week — Weak? — 6.

The division will see at least two wins — barring ties — in Week 7. The Eagles host New York on Thursday. The 1-4-1 Eagles will be without running back Miles Sanders and TE Zach Ertz, both injured.

Then, on Sunday, the rivalry that has delivered so many incredible games will produce what will likely be a forgettable one as Dallas goes to Washington.