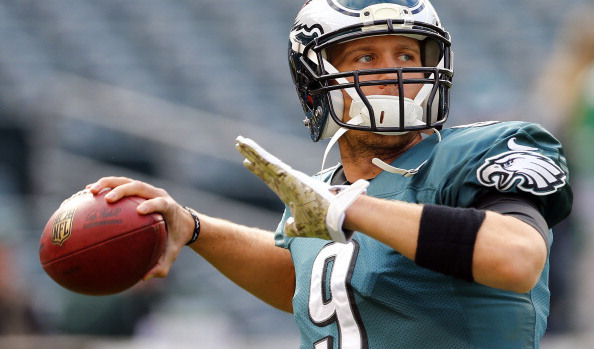 WHY THE EAGLES TURNED DOWN BANNER/BROWNS’ BID FOR FOLES

The only thing new in the world is the history you don’t know.

President Harry Truman said that, and it also applies to the NFL.

The Cleveland Browns came close to shopping Josh Gordon to the 49ers back in 2013, but San Francisco wasn’t Cleveland’s only potential trade partner that season.

The former Browns front-office team of CEO Joe Banner and general manager Michael Lombardi also spoke with the Eagles about a trade scenario that Philly ultimately turned down, per ESPN.com’s Phil Sheridan.

The asking price? Cleveland wanted Nick Foles, who went into the season as Philly’s No. 2 quarterback behind Michael Vick. Banner was with the Eagles when they drafted Foles in 2012.

Banner took plenty of heat for wanting to trade Gordon during a year that saw the wideout explode for a league-leading 1,646 receiving yards. With Cleveland still searching for a quarterback, though, landing Foles would have made for an interesting final move for the much-criticized CEO, who was ultimately ushered out of town after the season.