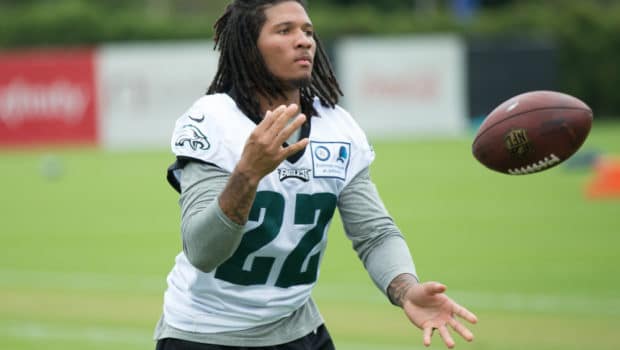 If you’re wondering when Eagles training camp will start, it might be helpful to read the tea leaves of the new NFL collective bargaining agreement approved in March.

Whereas teams used to be required to report to training camp 15 days before their preseason opener, 28 NFL teams now must report July 28 — which is 47 or 48 days before Week 1 of the regular season — league sources said.

The four teams not reporting July 28 are the Kansas City Chiefs, Houston Texans, Dallas Cowboys and Pittsburgh Steelers. The Chiefs and Texans are scheduled to kick off the regular season on Thursday, Sept. 10, and are required to report to camp the same 47 days in advance of the opener, which would be July 25. The Cowboys and Steelers are set for the Hall of Fame preseason opener Aug. 6 and will report July 22, 15 days before that game.

This change makes the training camp reporting date more uniform across the league. Previously, teams would report on various days over a weeklong period. There even were business departments that pushed teams to start camp on a Wednesday so they could schedule the first padded practice four days later, on a weekend, to best appeal to fans.

The types of practices that teams now are allowed to hold under the terms of the new CBA also will be different. The first three days of practice have the same rules in the new CBA, but Days 4-6 are different.

Under the terms of the new CBA, players are allowed to practice full speed in “spiders and shells” (light practice gear) on the fourth and fifth days of camp, but they are not allowed to have a padded practice, as they were under the old CBA. Day 6 in the new CBA is a mandatory day off before Day 7, the first day in pads — which used to be Day 4 under the old CBA.

Of course, the rules this year could change entirely, based on how the NFL and the NFL Players Association decide to handle procedures related to the coronavirus pandemic. The league and the union still are engaged in discussions that could wind up changing the rules about camp, delaying the start, eliminating some preseason games and gradually trying to build up the players’ workloads in a safe and orderly manner.

No decisions have been made, conversations are ongoing, and teams are eager to hear what the NFL and NFLPA decide.