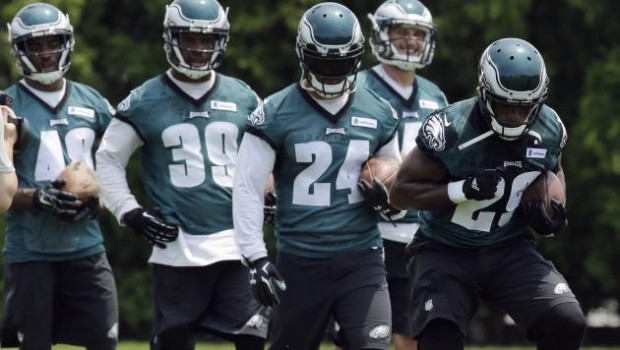 EAGLES TRAINING CAMP 17 DAYS AWAY: HERE ARE THE DETAILS

Our long regional nightmare is almost over!

The Sixers, Flyers and Phillies have given us nothing to cheer about, so everyone is focusing on August 2, when the Eagles begin training camp for the 2015 regular season.

Here are the pertinent details:

What to Watch For:

We’ll skip all the Duck jokes and get to the heart of the matter when it comes to the Eagles. Just who will emerge as the team’s season-long answer at quarterback: Sam Bradford, Mark Sanchez or Tim Tebow? There’s a new-look running game with DeMarco Murray and Ryan Mathews, but both need to stay healthy. The defense has had its issues in recent years, and this past season, the club gave up 30 touchdown passes despite totaling 49 sacks. Cornerbacks Byron Maxwell and Walter Thurmond hope to make amends for those aforementioned issues.