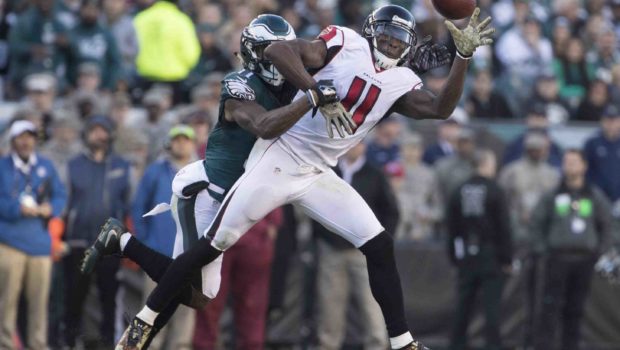 So, free agency is here and the Eagles are open for business.

And the rumors are flying.

Pro Football Talk reports that it heard last night that the Eagles and Falcons are talking about a trade that would send receiver Julio Jones to Philly. Per a league source with knowledge of the situation, that’s “absolutely not” happening.

And for good reason. Based on the contract Jones signed last year with the Falcons, which pays him $22 million per year, the Falcons would take a cap charge of $31 million to trade Jones.

Besides, if the Falcons were going to trade Jones, it would have happened before they gave him his latest deal.

So while the Eagles may be looking to upgrade the receiver position, it won’t be happening with a trade for Julio Jones.