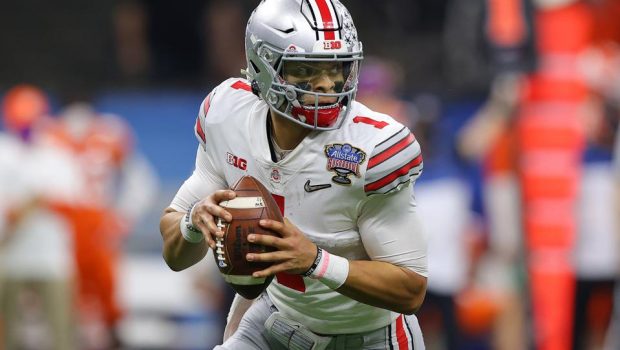 EAGLES TRADE UP TO 3 AND DRAFT OSU QB JUSTIN FIELDS IN PFF MOCK!

With Carson Wentz likely on his way out of Philly, the Eagles need to get aggressive at upgrading at the quarterback position in April’s draft.

Rookie Jalen Hurts showed flashes of competence as the team’s starter, but he still finished the last four weeks of the season as one of the lowest-graded quarterbacks.

Fields has his own fair share of concerns as a prospect, but he’s still the No. 3 overall player on PFF’s board and the first-ranked college quarterback in terms of PFF passing grade over the past two seasons (2019-20).