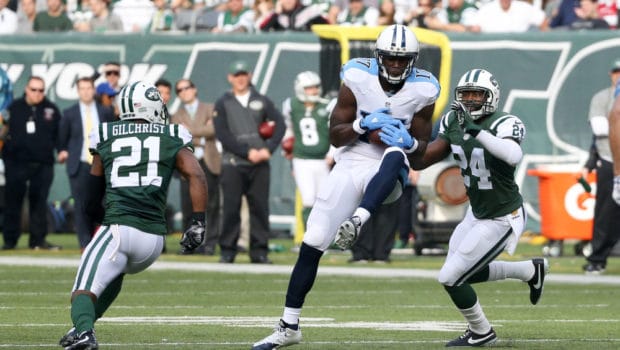 The Eagles have acquired WR Dorial Green-Beckham from the Tennessee Titans in exchange for G/T Dennis Kelly.

Beckham was originally a second-round draft pick (40th overall) out of the University of Oklahoma in 2015. At 6-5, 237-pounds, he played in all 16 games with five starts last season, rounding out his rookie campaign in Tennessee with 32 receptions for 549 yards and four touchdowns.

Green-Beckham had 87 receptions for 1,278 yards and 17 touchdowns in two years at the University of Missouri, before transferring to the University of Oklahoma in 2014. He sat out his lone season at Oklahoma due to NCAA transfer rules.