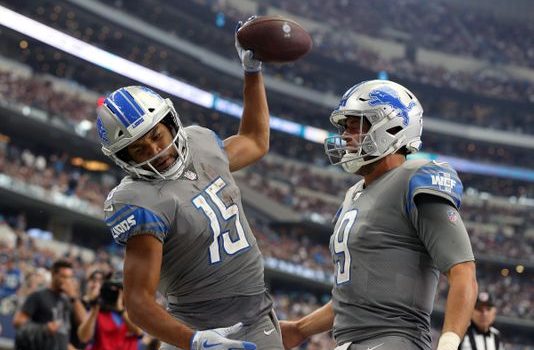 EAGLES TATE TRADE CHEERED IN PHILLY: IN DETROIT, NOT SO MUCH!

The Detroit Lions have just thrown this season in the trash.

Is that harsh? Yeah, you bet it’s harsh.

Sorry, but there’s just no other way to explain Lions general manager Bob Quinn’s decision to trade their best receiver to the Eagles for a third-round pick in the 2019 NFL draft.

Golden Tate is gone. The Lions traded him away on an expiring contract for what? Hope for the future? A third-rounder is hardly a lock for greatness. Quinn drafted budding receiver Kenny Golladay in the third round, but that’s also where he drafted Tracy Walker, a part-time safety who played one defensive snap Sunday.

What about the present? The Lions are 3-4, but they’re 1-0 in the NFC North and trail the division-leading Chicago Bears (4-3) by just one game with more than half the season left. Who’s going to make up for Tate’s high production?