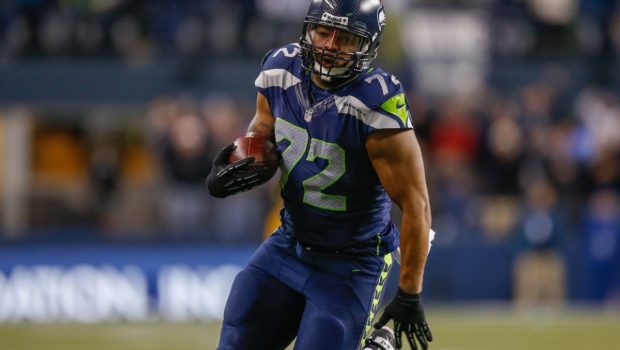 EAGLES TRADE FOR D-LINEMAN MICHAEL BENNETT, WHO WOULD REPLACE CURRY!

In a sign that the Eagles are ready to move on from defensive lineman Vinny Curry, they traded today for Seattle D-lineman Michael Bennett, sources told NFL Network Insider Ian Rapoport.

In exchange for Bennett and Seattle’s seventh-round pick, the Birds will send a fifth-round selection and wideout Marcus Johnson.

With three years left on his deal, Bennett’s departure will save Seattle roughly $5.2 million in 2018. TheEagles, however, are roughly $10 million over the cap, meaning a handful of last year’s Super Bowl winners will be forced off the roster.

Curry and Torrey Smith could be goners, while veteran tight end Brent Celek looms as another potential non-returnee for the Eagles.

Bennett is a three-time Pro Bowler. Spending much of his career as one of the league’s most underrated game-changers, he served as a centerpiece of Seattle’s Super Bowl-winning squad under coach Pete Carroll.