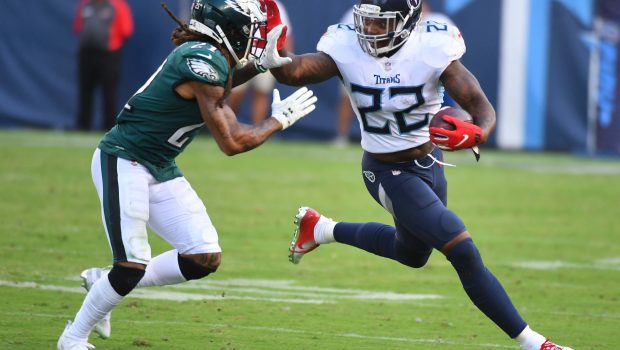 The Eagles run defense will be put to a huge test Sunday against the Tennessee Titans who feature star RB Derrick Henry, who is at 6-3, 247 pounds and an extra load to get to the ground.

After sitting out 4 games with an high ankle sprain, DT Jordan Davis is a welcome addition to the active roster.

Davis has confessed to losing 20 pounds while on the IL, but he can afford it still at 315 pounds.

The Birds will need Davis to plug a leaky run game the past month.

King Derrick Henry is having another fantastic year with 1,048 yards rushing, with 10 TD’s so far this season.

If the Eagles can slow up Henry somewhat this Sunday they should win their 11th game and possibly clinch a playoff spot with a couple of other scenarios playing out in their favor, game’s at 1pm/Fox-29.