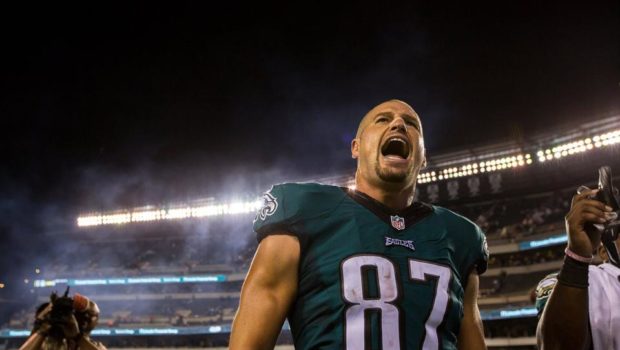 Brent Celek (above) is one of the longest-tenured players on the Eagles’ roster and will be back in 2017.

Unlike Zach Ertz, he is no longer an offensive threat, as he finished with career-lows in receptions (14) and receiving yards (155), but he is well-respected in the locker room and has remained a strong blocker in the run game.

Trey Burton has been a special teams maven since making the team as a rookie free agent in 2014, but last year Burton began to see more time on offense. He finished with 37 receptions for 327 yards and a touchdown.

With Celek in the twilight of his career, Burton could continue to see more playing time and form a dynamic duo with Ertz across the middle of the field.

Though the Eagles’ depth at tight end is strong, Celek only has a year or two left in the tank, and Burton will be a free agent after this season, so the Eagles could possibly look to add a tight end in this coming draft.