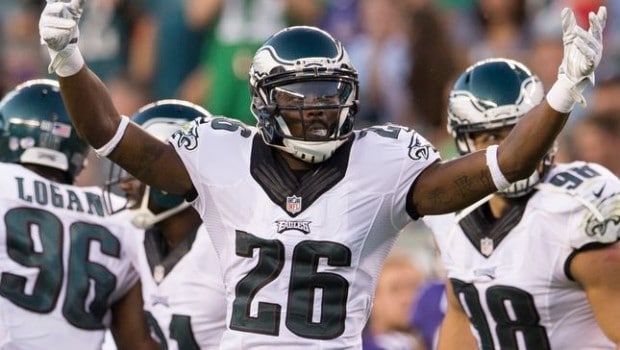 Not all of Eagle coach Chip Kelly’s offseason moves have worked out.

But one move that’s made up for some of the duds has been signing Walter Thurmond (above) and moving him from cornerback to safety.

The former Giant and Seahawks starter has taken comfortably to his switch, with him and Malcolm Jenkins giving the Eagles an above-average pair of starters at a position that’s been their bugaboo since Brian Dawkins left after 2008.

Thurmond already has three picks and has been comfortable with the physical aspects of the position; if he can stay healthy, the Eagles will need to start thinking about locking up the impending free agent with an extension.