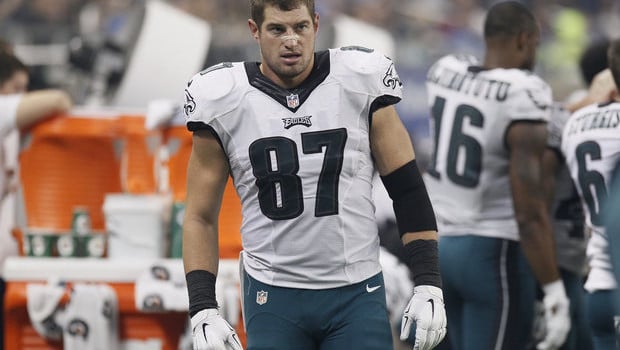 The Eagles are loading up on signed tight ends.

Brent Celek, 31, was set to enter the final year of his contract, which was due to pay him $5 million in 2016. His signing comes one day after the Eagles and Zach Ertz agreed on a five-year, $42 million extension.

After the Ertz deal, it seemed possible the Eagles would decide to part ways with Celek after nine seasons. Instead, we get an early glimpse into the kind of offense new coach Doug Pederson wants to run in Philly. Celek will likely handle the majority of blocking assignments, allowing Ertz to focus on his primary strength as a pass-catcher.

However, Celek is no slouch as a receiver. He has amassed close to 5,000 yards in his career with 30 touchdowns. Last season, Celek took on a greater blocking role but still finished with 27 catches for 398 yards and three scores on 32 targets.