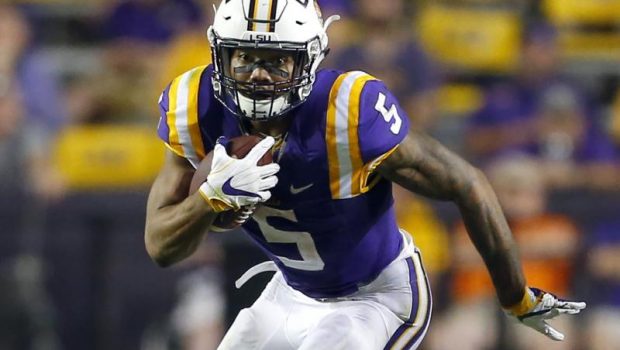 The NFL draft is two weeks from tonight in Dallas, and the Eagles need to plug a few gaps in their Super Bowl defense.

Here’s who ESPN’s Mel Kiper thinks the Eagles should pick at No. 32:

Philly’s second-round pick goes to the Browns from the Carson Wentz trade (I think GM Howie Roseman & Co. are just fine with that), while its third-round pick is in the Bills’ hands as a result of the Ronald Darby-Jordan Matthews swap from last year.

Hear me out on a running back with the last pick in the first round: A knee injury caused Jay Ajayi to drop in the 2015 draft, and while he impressed after the midseason trade from Miami, I don’t think we can automatically slot him in as the Eagles’ top back for the next five years. Corey Clement, Wendell Smallwood and Donnel Pumphrey are also on the roster, but none are as talented as Guice, who I think can be a much better pass-catcher than the LSU offense allowed him to be. Guice would add to an already-loaded offense.