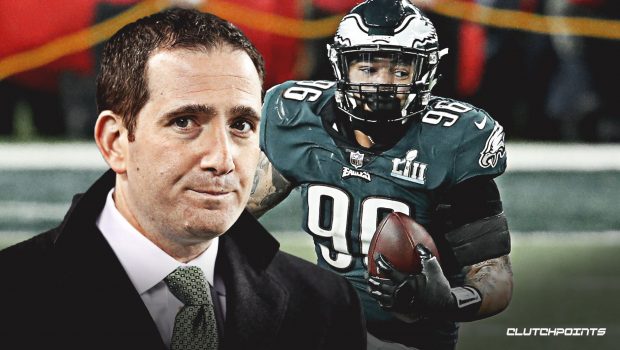 Derek Barnett: This would be a shocker, but it’s possible the Eagles decide Josh Sweat has outpaced Barnett.

With a decision looming on whether to give Barnett a second contract, they could fetch a handsome price for a promising young pass rusher.

This would fly in the face of Howie Roseman’s track record, but for the sake of argument:

Leonard Williams and Dante Fowler have each been traded at the deadline for a third- and fifth-round pick. Would that be enough for the Eagles?

Deal: Barnett to the Tennessee Titans for a 2021 third-round pick and a conditional 2022 fifth- or sixth-round pick.