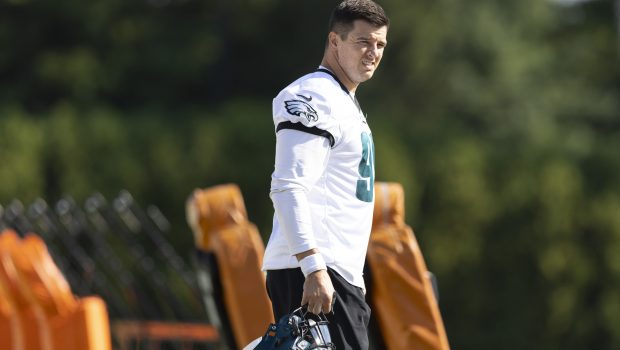 EAGLES SWEAT GOT THE SACKS, KERRIGAN BROUGHT THE PRESSURE!

The Eagles running game came up big in Sunday’s slaughter of the Lions.

And so did the defense, as graded by Pro Football Focus:

Edge rusher Josh Sweat was responsible for two of those sacks, while Ryan Kerrigan paced the unit with five pressures.

The group also performed admirably against the run, holding the Lions to an average of just 3.2 yards per carry.

The Eagles linebackers struggled in coverage, allowing receptions on 13 of their 14 targets for 126 yards as the Lions funneled their passing attack through tight end T.J. Hockenson. Linebacker T.J. Edwards‘ deficiencies in coverage were especially apparent, as the third-year pro allowed receptions on all eight of his targets for 82 yards and two first downs. Edwards was much more stout in run defense, as he led all defenders with 13 total tackles.

Cornerback Darius Slay captained a dominant performance from the Eagles secondary, as the former All-Pro allowed just two receptions on three targets for 13 yards. Slay was one of a number of Philadelphia defensive backs who flourished in the victory, as the unit surrendered just 96 yards on 12 receptio