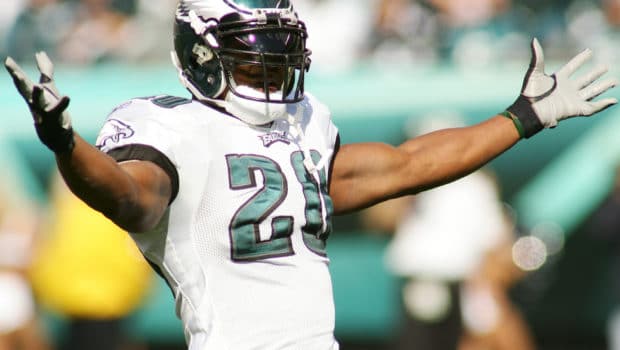 The supreme safety Brian Dawkins was named a semifinalist for the Pro Football Hall of Fame in his second year of eligibility. He was a finalist who deserved to be a first-ballot selection a year ago.

Dawkins is one of 27 modern-era semifinalists for the Pro Football Hall of Fame. The next step is to reduce that number to 15 modern-era finalists in January and the selection committee will name the class of 2018 on the eve of the Super Bowl in Minneapolis.

The Pro Football Hall of Fame’s bylaws stipulate that a class must consist of four to eight players, but no more than five modern-era inductees. In addition to the modern-era nominees, there are three candidates from the Contributors and Seniors Committees who are voted on separately.

Former Eagles wide receiver Terrell Owens is also a semifinalist. Owens, like Dawkins, was a finalist for the class of 2017.

Nicknamed “Weapon X” for his ferocious and energetic style of play, Dawkins was the unquestioned leader of the Eagles’ defense for 13 seasons.

An eight-time Pro Bowl selection, Dawkins finished his Eagles career in 2008 as the franchise’s all-time leader in games played (183) and interceptions (34). A second-round pick out of Clemson in 1996, Dawkins was recognized as a member of the NFL’s All-Decade Team of the 2000s, was voted the starting safety on the Eagles 75th Anniversary Team by the fans, and was a five-time All-Pro selection.

A self-proclaimed “freelance safety,” he helped redefine the safety position, notching 26 sacks and 37 forced fumbles in his career, becoming one of five players in NFL history to record at least 30 interceptions and 20 sacks in a career.