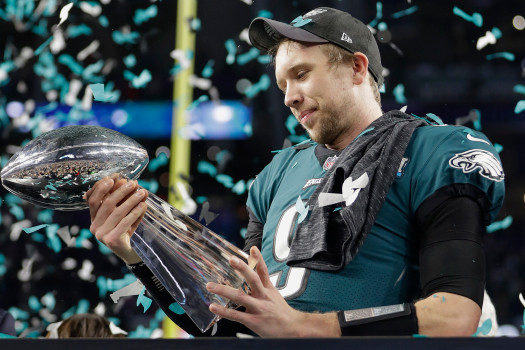 Dan McQuade on The Defector:

Here are some things that happened the season after the Super Bowl victory:

The Eagles lost to the Bucs, in a game where ex-Eagle DeSean Jackson had a 75-yard touchdown on the first play from scrimmage. They blew a 17-3 lead to the Titans. They lost twice to the Cowboys. They lost 48-7 to the Saints—the biggest loss ever by a defending Super Bowl champ. They blew a lead to the Panthers. Carson Wentz got hurt again.

Here are some things that happened in their second season after the Super Bowl win:

They fell behind 17-0 to Washington in the opener, the most embarrassing thing to happen to the Eagles against that team recently until yesterday. They lost to the Falcons, in a late Atlanta comeback, and the Lions. They got smoked by the Cowboys. They lost to the lowly Dolphins, in a game where Miami’s kicker threw a TD pass to the punter. Wentz got hurt again… again.

To kick off the 2020 season, the Eagles lost to a team that doesn’t even have a nickname. What made it even more frustrating is this was a game the Eagles could easily have won; they were up 17-0 with 1:50 left in the first half when Carson Wentz threw the first of two interceptions that led to Washington Football Team touchdowns. Wentz had rushers in his face pretty much all day. He was sacked eight times. 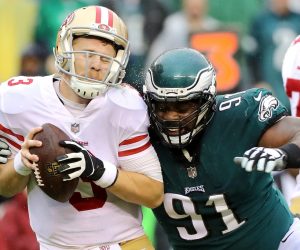