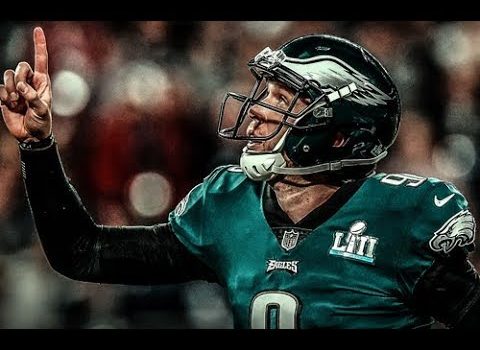 Foles becomes the second quarterback to replace Matt Ryan in the starting lineup this season, and it sounds as if the Super Bowl LII MVP is in line to finish the season as QB1 for the Colts.

“Think the world of Matt. He’s a pro’s pro,” Saturday said of Ryan.

“And I appreciate the way he’s handled it. Obviously not the season he expected, nor the Colts as whole. I feel bad for Matt but ultimately I feel like Nick gives us the best chance to win, and that’s the direction we’re headed.”

Foles has taken just two snaps this season, entering in the final stages of an otherwise-decided game against Jacksonville in Week 2. Since then, he’s spent his time on the sideline while plenty of changes have happened around him, including the benching of Ryan for second-year quarterback Sam Ehlinger, the firing of coach Frank Reich and shocking hiring of Saturday, and the reinsertion of Ryan into the starting lineup following Saturday’s arrival.

All of the madness has produced just one win in five games for Saturday, and last Saturday’s showing — a game in which the Colts blew a 33-0 halftime lead — may have been the tipping point.

Foles has experience replacing a veteran starter in December. He did so in Philadelphia in 2012, taking over for Michael Vick, and replaced him again in 2013 to great success, posting an 8-2 record as a starter, finishing with the league’s best passer rating and leading the Eagles to the playoffs.

At 33 years old, he won’t be expected to turn around a season that is all but lost at 4-9-1. But with Saturday still auditioning for the permanent job in Indianapolis, Foles seems to be the coach’s best remaining option.