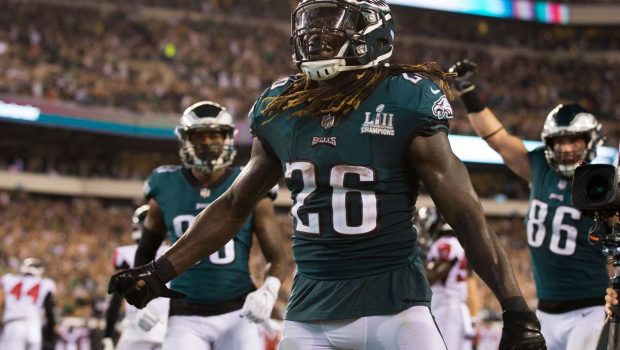 He’s taking his talents to the video room a professional FIFA 20 player!!

The 26-year-old Pro Bowler and current free agent is staying competitive in a different sport by officially signing with the Union for the 2020 eMLS Cup campaign.

Ajayi addressed the move in a statement, saying, “Philadelphia will always hold a special place in my heart. I am blessed to be able to represent the city through e-sports and to be one of the first pro athletes to become a professional gamer.”

“Representing the Philadelphia Union for eMLS combines two of my greatest passions outside of football, soccer and gaming. I’m a competitor, so you’re going to see me give my all for the Union at every eMLS event this year.”

And, with legends like Michael Jordan, Magic Johnson, Shaquille O’Neal, Alex Rodriguez and other guys INVESTING in Esports, you might see other pro stars making the jump, too!

As for Ajayi, he’s not giving up his NFL career just yet — he briefly played with the Eagles this season before getting cut.

Of course, he spent several seasons in the NFL before that — playing with the Dolphins from 2015 to 2017 and later winning the Super Bowl with the Eagles in 2018.